Computer Components and their Purposes 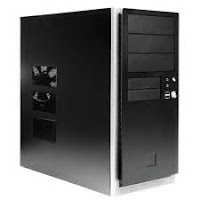 Computers come with tower cases all different sizes (known as form factors). The size and shape of the case depends by the form factor of the motherboard since it’s the largest component of most computers. Inside these tower cases is where you’ll find most of the components of a computer.


Computers are made of the following components: 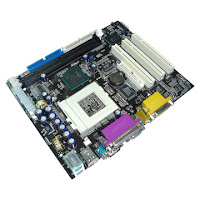 Motherboard - This is where the core components of your computer reside, which are listed below. Also the support cards for video, sound, networking and more are mounted into this board.
Hard Drive(s) - This is where your files are permanently stored on your computer. Also, normally, your operating system is installed here.


Monitor - This device which operates like a TV set lets the user see how the computer is responding to their commands.

Keyboard - This is where the user enters text commands into the computer.


Mouse - A point and click interface for entering commands which works well in graphical environments.

Cooling Fan - The cooling fan is usually inside or attached to the tower case. It is there so that the components in the computer don’t overheat and are kept within a specified temperature.