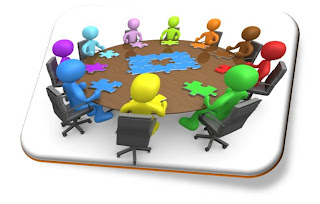 In a perfect world every project would be on time but reality tells a very different story, it’s not uncommon for project to fail even if the budget and schedule are met. But there are certain reasons that would happen and would unable to make the projects unsuccessful.

I have a good example about failed project in India. In September 2010, India hosted the commonwealth Games which completely failed. The games federation gets 6 years to prepare the entire infrastructure before the kick-off and apparently they did nothing for the first three years, three year is not enough to completed the whole project but did cover up to satisfy the whole world and this caused a lot of chaos including loss of life  a weeks before game scheduled.

India had spent 1.2 billion pounds for hosting the 19th Commonwealth but the project failed because they lack of competence or urgency to complete a project on time, the project wasn’t planning properly, no quality control, mismanagement of progress, lack of planning and bad communication between relevant parties.

Unrealistic expectations
This is when something you don’t expect comes up during an ongoing project and it may cause a project failure.  Unrealistic expectations can be a breakdown of communication between relevant parties. Time frame and cost may be another example, when you intend to carry out a project for two months and in the middle of ongoing project you had a breakdown of system which may cause time to fixed and unexpected cost to re-fixed the whole system, this will definitely slow down the project and may also cause failure.

Poor initial project design
If proper investigation were not carried out before planning project, it may absolutely leads to project failure. Project needs a proper investigation before start by implement (The project life cycle) system; this may be gathering information, produce project plan, gain permission and design a solution.

Additional unforeseen development
One cannot predict that when emergency can arise. It is totally unpredictable because unforeseen problem can arise at any point of time during project. A major problem such as a family emergency, traffic jam, unfriendly weather, it may cause seriously impact or halt your schedule altogether and may also lead to project failure.

Other reasons
Natural disaster can be a big influence to cause a project failure; this is an emergency situation posing significant danger to life and property that results from a natural causes like , flood, tornado, hurricane, volcanic eruption, earthquake, or landslide. In this kind of a situation is very unusual to prevent natural disasters and when this happened during ongoing project, it will definitely affect the whole thing and may cause a huge failure.

Viral video by ebuzzing
Posted by LATEEF at 05:51